House-museums are some of my favorite types of museums because they often reveal the distinctive taste of an individual, couple, or household. From furniture to tableware, paintings to wall color, these uniquely unique museums are usually (although not always) smallish and contained within one building—the historic figure/collector’s home—personalizing the experience for a visitor beyond the... END_OF_DOCUMENT_TOKEN_TO_BE_REPLACED

The inspiring history and bountiful culture offered by Baltimore made a long weekend getaway seem more like a rejuvenating spa session than a winter visit to a major American city. Over two and a half days in January 2018, a friend and I "saw the sights" and dived into its diverse neighborhoods, coming away not... END_OF_DOCUMENT_TOKEN_TO_BE_REPLACED

The pleasures of reading a book that's set in the place you happen to be are both obvious and subtle. On the one hand, you easily identify landscapes and landmarks mentioned in the text and see how they match the author's descriptions, even if the book's time period resides in the distant past. But there... END_OF_DOCUMENT_TOKEN_TO_BE_REPLACED

It's funny how one can live in a city for an extended period of time and not visit some of its most iconic sights. In June 2020, while in Lisbon for the summer, I finally toured the Monastery of São Vicente de Fora on the fervent recommendation of a friend. And I'm glad I did... END_OF_DOCUMENT_TOKEN_TO_BE_REPLACED

Combining several passions of mine, including ancient Roman history, British culture, and long treks, the Hadrian's Wall Path runs 84 miles across northern England. Begun during the reign of emperor Hadrian (117-138), the wall and its many turrets and forts were constructed to intimidate native British tribes who resisted the "civilizing" force of the Roman empire.... END_OF_DOCUMENT_TOKEN_TO_BE_REPLACED

While driving around Tuscany a friend and I visited Podere Le Fornaci, an out-of-the-way dairy farm in Greve in Chianti where we enjoyed an exclusive tour and lunchtime tasting of organic cheeses made from goat's milk. Situated on 74 acres of gorgeous Tuscan scenery, the farm is home to around 100 Swiss goats who pasture... END_OF_DOCUMENT_TOKEN_TO_BE_REPLACED

In 2018 I trekked 500 miles--from south western France to Santiago de Compostela in north western Spain--in memory of my grandmother Aída Trindade. I have far too many photos to share but here are a few. Fellow "pilgrims"; a French-Swiss-German-Polish-Portuguese/American alliance. The cloister of Iglesia de San Pedro de la Rúa in the town of Estella.... END_OF_DOCUMENT_TOKEN_TO_BE_REPLACED 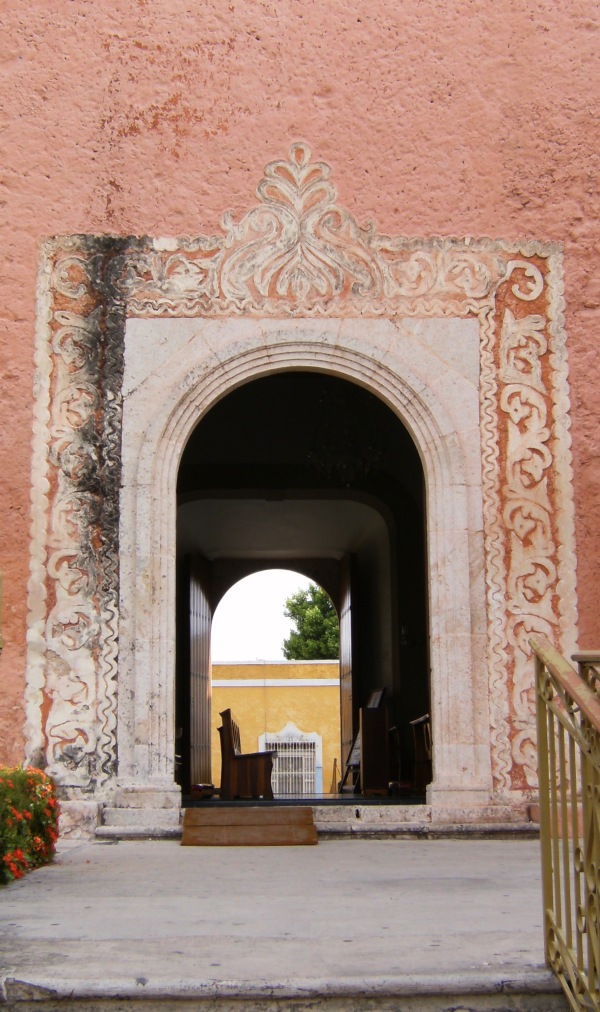 With the charming city of Merida as my home base, I explored every end of Mexico's Yucatán Peninsula a few years ago. For over a week I roamed from coastal Mayan sites to lesser known interior sites, from its gleaming beaches to its eye-opening museums. Ornate and yet unassuming entrance to a small church in... END_OF_DOCUMENT_TOKEN_TO_BE_REPLACED

Hiking the trails that connect the five cliffside towns of Cinque Terre was strenuous but worthwhile for many reasons, not least of which were the views and invigorating sea air.  A further highlight was the secret Guvano beach, reached via a train air tunnel beneath a rocky ridge.  Although a bit scary to walk through,... END_OF_DOCUMENT_TOKEN_TO_BE_REPLACED

Arguably the foremost art event in the world, the Venice Biennale in 2013 brought its theme of "The Encyclopedic Palace" to wondrous life.