General Motors approached ELLE/Hachette to expand their sponsorship of Project Runway (affiliated with ELLE at the time) and I came up with the following proposal of content ideas.  They ultimately chose Concept #5, which gave me the chance to write my first ever comic (final printed version can be found here). 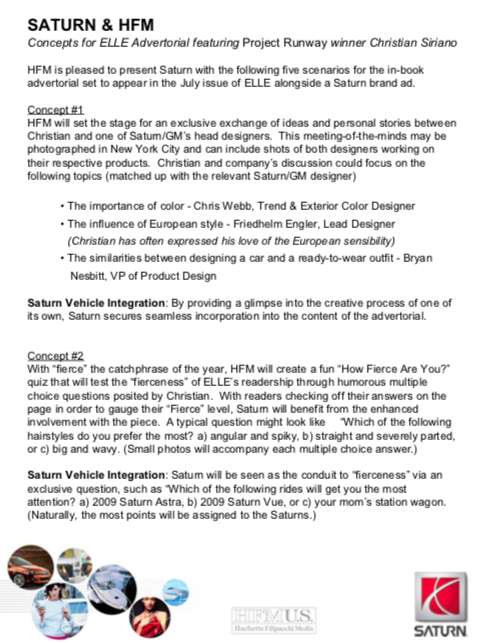 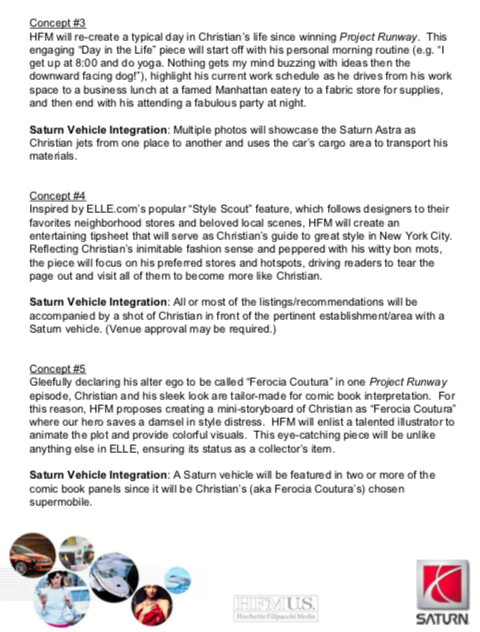 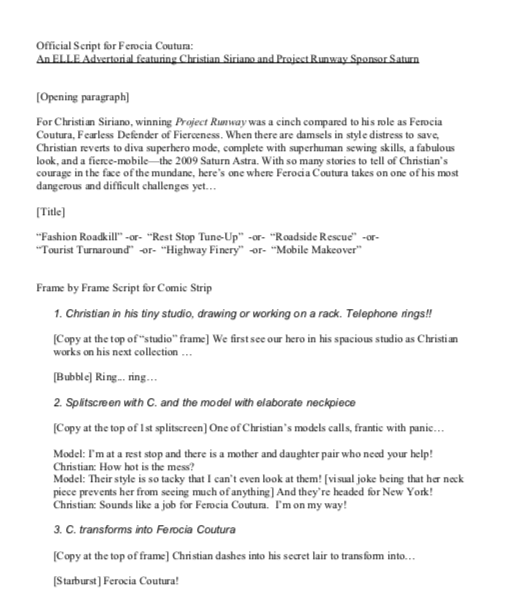 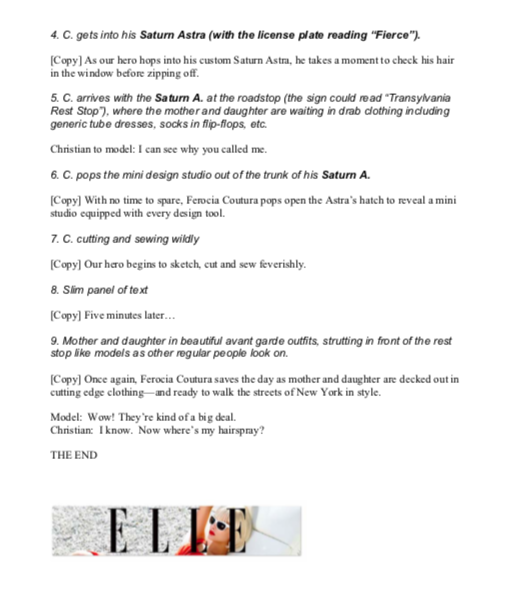